What Serial Innovators Know about Fear 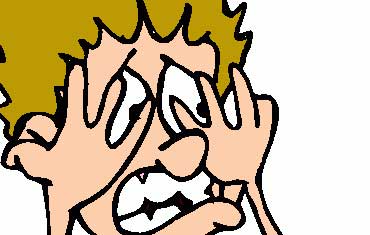 I read a blog article at the Huffington Post by Judith E. Glaser called, “Innovate or Evaporate“. This is a good article about innovation,  but I have one disagreement her statements about fear limiting innovation. In a nutshell she says,

There are indeed processes that happen consistently within the human brain. We have responses to inputs that travel in ‘ruts’ or along strong synapse paths. In these cases inputs create a cascade of reactions. Fear can cause a cascade of reactions that does indeed ‘close down’ the creative parts of our brain and get us stuck in protection mode. But, and this is a big ‘but’, it doesn’t need to. A person can train their brain to respond differently to fear – interrupt the cascade – deflect the automatic response – and react more usefully and creatively. Serial innovators train themselves to be able to change states.

I used to teach martial arts to children, very young children (the pee-wees, we called them) and some students diagnosed with attention disorders and behavioral issues. What we instructors learned over time was that the absolutely most important two things to teach children are the traits of being grateful/respectful and the ability to change states at a moment’s notice. It took a lot of time to develop in some of these kids that ability to change states, but once they had it, it changed their lives. 100% of the time, it changed their lives.

I also taught self defense to traumatized women.  And there were only three foundational things to learn. One of them was the ability to change states upon demand.

Over a decade of being a professional innovator has taught me a few lessons. I now know that one of the best traits, behaviors, characteristics, and/or mindsets serial innovators must possess is the ability to change states. We face fear at the beginning of every single project. We never have an idea of how we are going to solve it. There is no path into that solution or that future. No one has gone there before. That is why innovation is needed. Courage to begin and courage to persist in the face of fear is necessary. Every time we begin to innovate, we shift from a fear state to a more creative state.  That is part of the process – an important part of the process. That cascade of response happens in the brain just as surely as the cascade of responses created by fear.  In fact, it is one of the ‘addictive’ aspects of the innovation process.  Let me end with a quote, which is an analogy:

This is what serial innovators know.