Structured Innovation – Inventiveness as a methodology 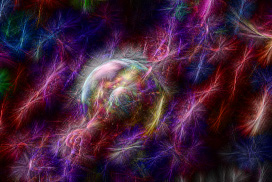 Most of us who are serial inventors go through the innovation process so quickly, it seems like a single stroke of brilliance (I say with a modest tuck of my chin). But in fact, if we break down what is happening, there is a step-by-step process and this process has been studied for over 60 years.

And if an inventive computer is not enough to blow our minds and excite our hearts, the NSF has a Cyber-Enabled Discovery and Innovation (CDI) initiative that intends to create revolutionary science and engineering research outcomes through computational thinking. It will generate and apply new knowledge and produce paradigm shifts.

We’ve been talking about innovation being structured for over a decade. There’s a methodology people can learn and a step-by-step process people can take. It has developed into an applied science. Now scientists are programming computers to do it, which means there is no more ignoring the fact that there is a teachable, manageable way to repeatedly innovate.

* Professor Ross King head of the Computational Biology Group at the University of Wales’ Department of Computer Science (Aberystwyth, UK) is a member of the Adam team. The inventive work was performed finding missing enzymes in metabolic pathways.