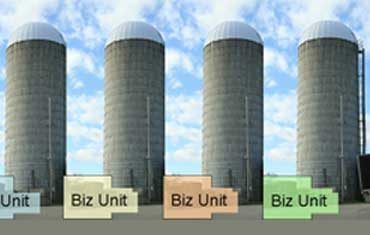 I just read an interesting article by John Winsor, a contributor to Forbes.com.  The title of the article is

Here’s the link to the article.

MY COMMENTS ON MR. WINSORS’ ARTICLE:

While isolation and silo-type of culture could develop as a result of having an innovation special unit, it’s not a direct correlation. If it is happening, more likely it is a red flag that the innovation program is not working correctly.

Let me create an analogy between an innovation special unit and the Navy Seals. Both are agile groups that focus in on missions that are too tough for others to complete. Maybe others have tried and failed or no wants to try. These SEALS carry out their assigned missions and in the process, develop special operational strategy and tactics. Over time, these proven strategies and tactics can be systematized and processes can be developed for use throughout the organization. The SEALS take on the toughest problems and they encounter obstacles that develop and test their stamina, leadership and ability to work as a team.

Each successful mission builds the belief that these “impossible” missions are indeed possible and creates ‘best practice patterns’ for addressing difficult issues within the existing corporate culture. As the stories are told, people throughout the environment buy in to the likelihood of future successes and that is anti-silo activity and will “diffuse” innovative lessons throughout the organization.

Successful missions are intensely exciting and that draws people to the idea of these kinds of missions and teams rather than trying to push initiatives down onto people. That is the beauty of this practice. People do scratch their heads as they try and figure out how they can help. That’s what good leaders want: eager recruits rather than resistance and obstacles. As interest increases, more people are trained and the doctrine of innovation begins to spread.

If leaders are doing their jobs managing the innovation strategy through a business system – just like any other business system – then if one of the “Navy Seals” leaves, there will be multitudes of others who desire to step up, train rigorously, and become the best in the company – possibly in the world. This is like any other professional discipline deployed throughout the organization like marketing or engineering.

In my experience, innovators love to interact with other people who are interested in new ideas. Not everyone gets it, so it is exciting when someone is interested. Rather than demotivating, innovation creates a desire to step up to a whole new level of action and productivity. Successful innovation is inspiring.

Our team was once hired by a Fortune 100 company for a series of entrenched, complex, seemingly-impossible “missions”. All of the “missions” succeeded beyond everyone’s expectations, which is typical with innovation projects if you are doing them correctly. Because the company was in the process of reorganization, every single outside consultant was dismissed – except three groups. Our group (because the ROI that we helped the company book was so staggeringly amazing, they needed us to keep helping them); the second group had a long-term contract that had to be paid whether they were there or not, so they stayed and worked until the contract ended, and the final group allowed to stay on was the group doing the actual reorganization. I’m not bragging here; I’m making a point: If your innovation special unit isn’t producing those kinds of wins and ROI, then you are not choosing the correct “missions”. And any group producing those kinds of wins and ROI are not going to be scaled back or shut down because they produce such amazing results and pay for themselves many times over.

If a company is raided or reorganized or downsized, there is always a brain-drain. In my experience, the people creating the kinds of results that innovators typically produce survive every reorganization. However, it’s true that they may leave. I have seen that happen. Just like in the Navy Seals, people leave. If you have created a strong, cohesive special unit, it will survive and continue to do important work. To never create a Navy Seal team because people might leave it is counterproductive. The doctrine, tactics, and strategies they developed can be passed on – just build the survival of the skill set into the unit’s mission.

Yes, to embed innovation throughout the company in a structured, systematic, and process-oriented way is the intended end game. The question is, how does your company get there?

The company culture may have a lot of momentum in a certain direction so it will probably take some time to affect that inertia. We all know what happens when a new “fad” comes down from on-high as a directive. The initiative usually lasts 3 to 5 years then it peters out. No amount of management will can overcome the resistance of employees who don’t want to change. They best way to change a culture is to make everyone want to enjoy the same kinds of successes that they are witnessing and maybe even participating in along the periphery. When the employees begin to ask management for those types of opportunities, that’s when you roll it out and embed it to become a core competency.  Of course, that’s only one possible path to the mountain.

Here’s the thing, there are many paths to the mountain so the secret is to use the way that works best with your company’s existing culture and infrastructure. Don’t fight it; use it!